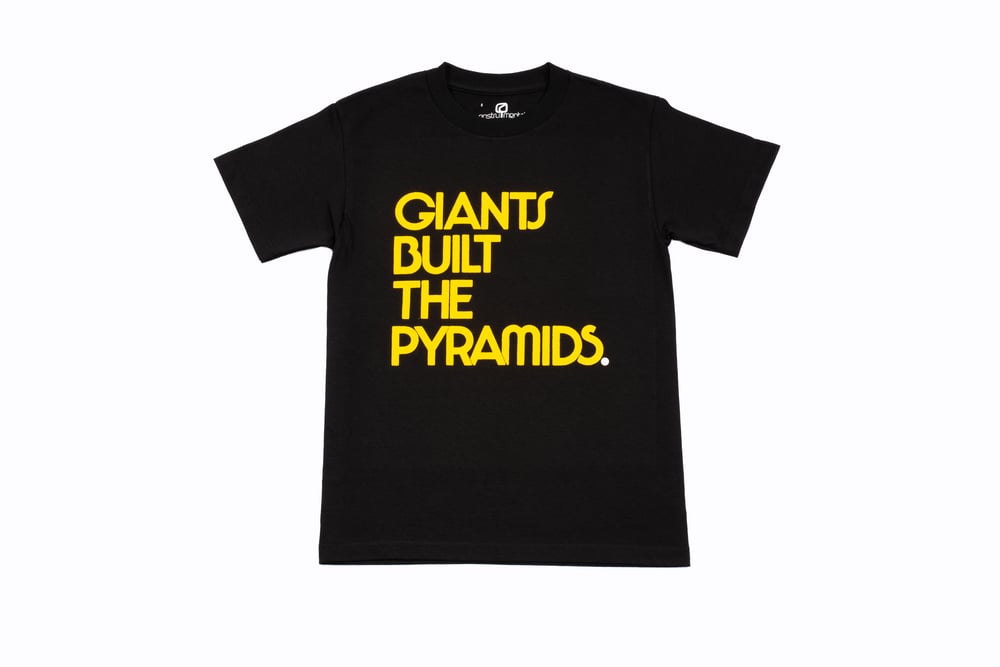 During the last 4,500 years, the pyramids have drawn every kind of admiration and interest, ranging in ancient times from religious worship to grave robbery, and, in the modern era, from New-Age claims for healing “pyramid power” to pseudoscientific searches by “fanatic archaeologists” seeking hidden chambers or signs of alien visitations to Earth. Egyptologists and historians have long debated the question of who built the pyramids, and how. As feats of engineering or testaments to the decades-long labor of tens of thousands, they have awed even the most sober observers. The question of who labored to build them, and why, has long been part of their fascination …

Our answer to this age-old question: “Giants Built The Pyramids.”

While this notion would be hard to prove with firm, factual evidence, the primary reasoning/concept behind this phraseology is to:

(2) Creatively praise the evident power, science, and knowledge that modern homo sapiens (even years later) have not even come close to “stepping into to.”